What are the Advantages of Artificial Grass Over Natural Lawns?

As we all know, water is a very precious resource on earth, and water is the source of life! Artificial turf and other technologies have provided new ideas for solving the difficult problem of “grass planting is difficult to survive and tree planting is lacking in soil and water” in desert areas. Artificial turf has contributed to the earth's water resources. This is a fact we have to admit. Let Chinese Synthetic Grass Supplier introduce the advantages of artificial turf over natural turf in detail. 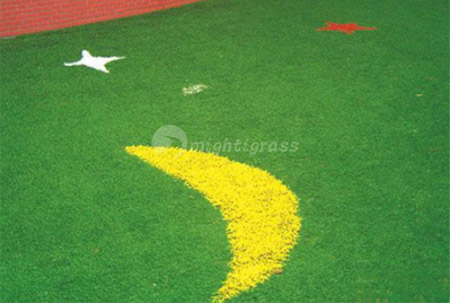 The emergence of artificial turf has reduced the damage to nature to a certain extent, at least to protect a plant in nature's food chain. The earth will also green the earth and increase some vitality because of the appearance of these artificial turf. With the improvement of human living standards, environmental protection has become an important indicator item in each country. Due to the increasingly serious environmental damage, human beings are also suffering more and more natural disasters. Rather than say that natural disasters in recent years are caused by natural disasters, people have directly caused them. In recent years, people have been wantonly destroying the environment of nature and endlessly exploiting the resources of nature, which has made natural resources unrecyclable. The situation of growth, and some animals and plants have already faced extinction, in the face of these humans really deserve to reflect on yourself.

The emergence of Essential Artificial Grass not only beautifies the earth, but also protects the ecological environment of nature. This is a result of the best of both worlds for humans and the earth. With artificial turf, in some of the world's cold and hot natural turf growing conditions are not good, there is also the opportunity to experience expensive football. The contribution of artificial turf to global water resources is also huge. In regions like Africa, saving water resources is of great significance.

The groundwater is irradiated by sunlight, and the water evaporates to the bottom of the artificial turf, which is collected in the sand and dust under the artificial turf and the soil in the omentum bag to make the soil moist. The groundwater does not evaporate into the air and is lost. It is understood that the artificial turf used in this project is made of PPE modified materials produced by scientific processing using modern bionic technology, which has a high temperature resistance, cold resistance, acid and alkali resistance, ultraviolet resistance, and static resistance. It can be used continuously in the desert for more than 15 years, and it is evergreen in four seasons. It can also be used in green belts on both sides of railways and highways, which can promote the prevention of large-scale evaporation of urban groundwater. It is believed that in the near future, artificial turf will combat desertification, and our lives will be "swallowed" by haze and sandstorms, and some are only blue sky and green space.

Previous: Does Artificial Grass have room for Development in Urban Landscaping?

Next: Why is Roof Artificial Green more suitable than Natural Grass?